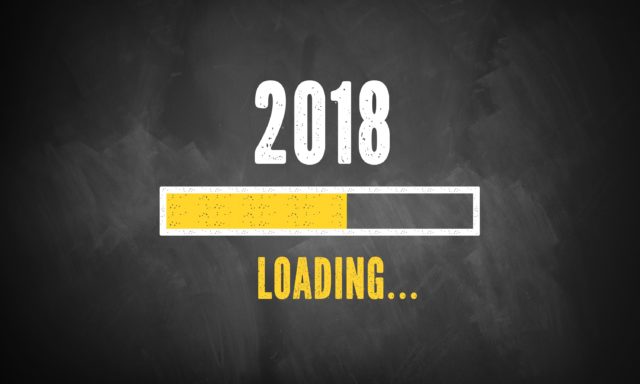 Whew. This year passed by in a crazy, wild blur of words. I’d be lying if I said I’m not a little glad that it’s over but I wouldn’t change the experiences I gained writing the Gryphon Riders Trilogy for anything. The series is doing really well so far! The majority of feedback has been overwhelmingly positive and the issues I did have (namely ensuring the least amount of typos made it to final publication as possible) were cleared up with each successive book.

I know I say it all the time but THANK YOU to each and every reader who read/bought/reviewed/told a friend/sent me a kind email about one of the Gryphon Riders books. You inspire me to keep pushing and to work harder to be a better author. If you want a recap of how my author career went in 2017, you can read that here.

It feels like this is my goal every year and in 2017 I actually improved on this. Still, I’ve got a huge TBR pile and when I did an audit on my time, I realized I’m wasting hours each day on my phone, checking things just for the sake of checking them in 5-10 minute increments. My life is busier now that it used to be when I read more, but I believe another problem is that I’m wasting my reading time here and there each day. I’d much rather be reading a book I’m interested in than mindlessly surfing Facebook.

Be intentional with my projects

“Intention” is my word for 2018. What this means is that I’m not going to do anything unless I have a legitimate reason behind it. This might sound kind of obvious, but, as I mentioned in my 2017 recap, it’s easy to get distracted by shiny object syndrome, especially when you’re in the middle of tedious, time-consuming project. Before I say yes to things, I’m examining to see if they fit in with my overall plans and goals or if they’re just something that sounds good to avoid doing the work that matters.

I made a resolution in the second half of 2017 not to consume any new nonfiction material, whether that was a book, audiobook or course. My plan is to continue that into 2018. I’ll only be consuming material I’ve read/listening/watched before or that I’ve previously purchased. The reason for this is twofold:

In doing this I’m also applying the just in time learning principle. Basically, if it isn’t pertinent or something I need right away, I’m going to save it for later when it’s more applicable to my immediate plans and needs.

When I published Windbreak, the concluding book in the Gryphon Riders Trilogy, I wasn’t sure exactly where to go next. And by not sure I mean that my plans wandered aimlessly like a ship caught in the ocean with no wind to fill the sails. I debated going back to the Teutevar Saga or writing another trilogy in the Gryphon Riders world. What I settled on, however, is doing another new series in another new world. I don’t want to give away too much information yet but it will be co-authored and in the litrpg genre.

And don’t worry! Yes, it will be available on other platforms aside from Amazon (probably only for a short time but I’ll give you readers plenty of heads up). Also, because I’m co-authoring the title, I’ll have time to get another project underway — I’m thinking that will either be outlining the rest of the Teutevar Saga or starting a new trilogy in the Gryphon Riders world.

On top of writing, I’m planning on releasing the Gryphon Riders Trilogy as a bundle and am in the process of finding a narrator to begin working on audiobooks for the series!

Oh yeah, and I’ve got something else that’s pretty awesome in the works as well. But…I can’t announce anything until it’s official. Stay tuned for more!

For my list of Top 10 movies, go to flickhit.com  and scroll down to the “D-Sidd” section. (Spoiler alert: My top three in order: 1. Logan, 2. Coco, 3. The Last Jedi — yes I realize the Last Jedi had its issues but I still thought it was a solid film overall)

Star Wars Aftermath: Empire’s End by Chuck Wendig
A solid conclusion to a phenomenal trilogy, Empire’s End covers the Battle of Jakku and fills in a few more mysteries between Return of the Jedi and The Force Awakens.

Star Wars: Bloodline by Claudia Gray
I swear I did more than watch and read Star Wars. This book takes place as the New Republic attempts to establish itself and the main character is Leia. The book is a political thriller with some surprising twists and turns and details the birth of the Resistance and the shadowy origins of the First Order.

The Tiger and The Wolf by Adrian Tchaikovsky
One of my favorite books overall, not just in 2017. The story takes places in pre-European North American-like land where the inhabitants are divided into tribes based on the animals they can turn into. A clever story with some AMAZING worldbuilding elements that don’t overwhelm the plot but leave you wanting more. Can’t recommend it enough. You can read my full review here.

The Legion of Flame by Anthony Ryan (audiobook)
The Waking Fire made my list last year ((LINK) and the second book in this series is just as good if not better. I love the concept of a steampunk world filled with “blood-blessed” who imbibe dragon blood to gain special powers. Trust me, this book will take you for a ride to places you never expected.

Creativity Inc. by Ed Catmull (audiobook)
Not only a great business book but an awesome behind the scenes look at Pixar from founder Ed Catmull.

#AskGaryVee by Gary Vaynerchuk (audiobook)
Chock full of great advice and read by the one and only Gary Vaynerchuk himself. This book covers a wide variety of business topics but also delves into overall strategies for life. Gary calls it how he sees it and doesn’t sugarcoat anything.

Shoe Dog: A Memoir by the Creator of Nike by Phil Knight (audiobook)
Like Creativity Inc, Shoe Dog offers some awesome insights into starting a business from scratch as well and providing plenty of interesting backstory on the founding and growth of Nike. A bit of a long listen but the journey was well worth it.

Vengeance Road by Erin Bowman
A YA/NA western about a girl on the hunt for her father’s killers. The story is almost as good as True Grit and isn’t afraid to pull any punches with character or plot. There’s also elements of mystery and western folklore woven in.

The Rookie by Scott Sigler
An interesting concept — professional football in the future. But not just on Earth. The galaxy is chock full of a variety of alien species in a post-war world. The gridiron is more brutal than ever with humans and various extraterrestrials competing in life or death games of football. The main character came off a little annoying but a great read if you love football at any level.

(Note: Above book title links are affiliate links to Amazon)

I’ve yet to get to many of my most anticipated books from 2017, but here’s what I’m on the lookout for:

Han Solo: A Star Wars movie
With Ron Howard at the helm, I have a hard time believing this won’t blow the socks off even the whiniest, fan-boyish Star Wars fans. Alden Ehrenreich is a phenomenal actor as well.

Hostile
Coming in two weeks. I love Christian Bale and I love westerns. This promises to be just as good or better than 3:10 to Yuma.

Mortal Engines
Don’t anything about this franchise except for the teaser trailer. That was enough. I’m going to read the book.

Black Panther
Same director as Creed. I don’t need to say anything else. Oh, wait, Chadwick Boseman is excellent in this role and Ander Serkis is sure to be a hit as well.

Fantastic Beasts: The Crimes of Grindewald
Fantastic Beasts was good — I hope they up the ante this one. Interested to see the chemistry between Jude Law and Johnny Depp.

But what about the books?!
I’ve got a humongous TBR pile that I want to get through before I worry too much about new releases. That being said, I definitely won’t be missing The Empire of Ashes, the sequel to The Legion of Flame by Anthony Ryan and the concluding book in the Draconis Memoria trilogy. More reading recommendations to come throughout the year!