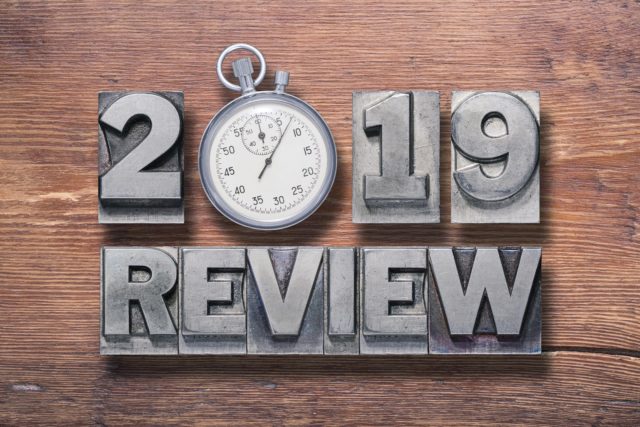 My, what a year! Once again, the State of the Siddoway is the only blog post up on ye olde website. But that doesn’t mean I’ve gone silent! If you want to keep up with everything I have going on, be sure to JOIN MY NEWSLETTER. I send out two emails per month (plus emails for new releases). That’s where you’ll find all of my writing updates and latest news.

Ten years ago, I hadn’t published a single book. Now, I’m up to 9+ books, a couple anthologies and several short stories. I’m excited to enter my first full decade as an author. What a ride!

It didn’t feel like it, but when I added up all of the words I wrote in 2019, it was a pretty productive year. Djinn Tamer didn’t turn out to be a smash hit, but I am grateful for all of the many people that made an effort to email me or leave a review to say how much they enjoyed it. As always, thank YOU, for reading my books. I know I say it all the time, but readers like you make this all possible and I never want you to feel like you’re being taken for granted.

And now, without further rambling, here’s the 2019 State of the Siddoway.

I started the year off with outlining and story planning for Djinn Tamer: Evolution. Once my co-writer (A.J. Cerna) and I felt comfortable with his in-depth outline, I started plugging away! Evolution turned out to be the second-biggest book I’ve ever written behind Return to Shadow. I’m really happy with the way we wrapped up the trilogy and think A.J. and I developed a stronger working relationship with each book. There were times writing the rough draft of Evolution when I struggled more than I ever have with a book but that’s all part of the growing process as an author.

Summer is always hard for me to do heavy-lifting on rough drafts as the farm keeps me pretty busy with the long daylight hours. We also tend to get more calls for Search and Rescue in summer, which are also hard to account for or plan around as they can come in at any time of day or night and last anywhere from an hour to multiple days. After we finished Evolution, I got to work on the brand-new Wolf Song Saga series that I’ll be writing with author Katie Cross. We spent a good deal of time roughly planning out all 3-4 books in the series and then went back to hone in/flesh out the book one outline (tentatively-titled Spring for Spears). Spears, as I call it for short, was hard to get into after the break to put the final touches on Evolution and the outlining process for the Wolf Song Saga. I muscled my way through some of my slowest writing days in years and ended up doing a large rewrite of the opening act of the book that also set me back. All that being said, Spears is in a really great place now, even if it won’t be released until Fall 2020 (more on that later).

After shopping the series a bit, we also signed a contract with Aethon Books to produce the audiobooks for the Djinn Tamer Trilogy. We were thrilled to land narrator Oliver Wyman for the series. In addition, A.J. and I also signed a second deal with Aethon Books to produce a LitRPG series called MythRune. Originally, this was going to be a revision of a book I’d already outlined for another author and had been signed the rights to. The original plan was to release the first book in December this year. Digging deeper, however, we realized we needed to do a full rewrite, and that’s how God Mode was born.

After trying to flip back and forth between writing the rough draft of Spears and producing the in-depth outline for God Mode, I realized I had to pick one project and focus all my attention there. I made the difficult decision to put Spears on hold until Spring 2020 so I could get through the outline and then the second draft of God Mode (A.J. is writing the rough draft). The in-depth outline ended up being 54,000 words — meaning the outline for this book was only 10,000 words shorter than Windsworn and Windswept.

I took about two days off when I finished the outline for God Mode before I jumped right back into revising… God Mode. Our process for this book was kind of strange — A.J. started writing the book as I worked along to finish the outline. That meant when I finished the outline, he was just over 100,000 words in to what is shaping up to be a 200,000 word book. As of the end of December, over one-fourth of the way through the second draft of God Mode with plans to be finished with this revision by the end of February.

God Mode (January – March) — As I mentioned above, the plan is to finish the second draft of God Mode by February/ possibly early March. I believe the ebook release will coincide with the audiobook release, so there may be a few months delay while it is recorded and produced. Expect the book to be released sometime May-June. As soon as I have a firm date, you’ll know!

Wolf Song Saga (March – August) — As soon as my work with God Mode is wrapped up I’ll be returning to the Wolf Song Saga. Spring and summer will be dedicated to finishing rough drafts of the first two books which should be around 65-70k each. Look for those to be released late 2020 or early winter 2021.

Glitch King (September – December) — We already have plans (and a cover!) for the second MythRune book and the sequel to God Mode. I will begin the outline for this book once the first two Wolf Song books are done. We’re shooting to make it shorter than God Mode — somewhere in the 120-150k range, but you know what they say about good intentions. One thing to mention is that, while Glitch King is a sequel to God Mode, they are written so that each one can be enjoyed as a standalone as well.

Djinn Tamer 3 audiobook — (Summer 2019) Based on the production time for Starter and Rivals, I expect Evolution will be released in audio sometime around May-June.

Djinn Tamer game — Production continues to move along for Harbinger Farm, the working title for our Djinn Tamer game. We want to make sure the game is as solid story and mechanic-wise as we can make it before release, so the original release date of June may be pushed back to avoid rushing our designer. We’re also thinking of running a Kickstart campaign prior to launch. If successful, this could allow us to add in additional Djinn and other game features.

Teutevar Saga — Not much has changed for the Teutevar Saga from last year. I am still planning on overhauling the first two books and then wrapping up the series with two after that. I also haven’t forgotten about The Skard and the Leprechaun, a novella I wrote a few years ago and never published. Wolf Song Saga will return to the Teutevar World hundreds of years prior to the events of Into Exile and I think fans of the series are really going to enjoy it. Rest assured that Teutevar is still on my mind!

Gryphon Riders — Ive’ got a couple different ideas for the next books in this series. In addition to the trilogy that I will be producing with my Djinn Tamer co-writer, A.J. Cerna, I also want to write potentially two standalone books. One would be a combination of a Seppo and Aleron story (two different timelines in one book) and the other would be set a few years after the events of Windbreak. These will likely be 2021 projects given everything on my plate this year but they will happen!

Untitled Series – This is another fun mashup that’s been on my mind for months now. Djinn Tamer, as you know, was inspired by Pokemon. This series (which would not be part of the Djinn Tamer world) would be without hardcore LitRPG elements and would take place in a medieval setting, magical creatures still included. I’ve thought about writing this on Royal Road before publishing. Right now, I’m just jotting down ideas here and there when they strike, but the concept is a compelling one that I want to explore.

It’s going to be a bold, busy year but I can’t wait to get back at it. Once again, thanks for reading and Happy New Year!