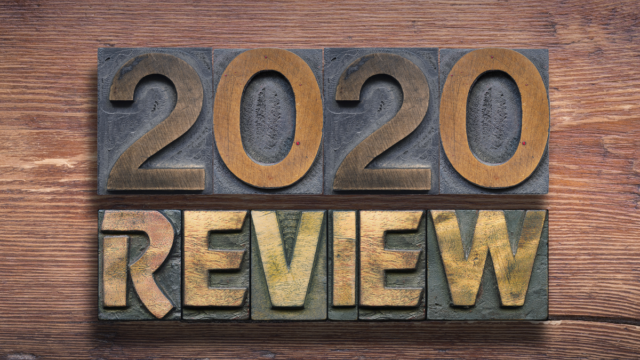 I think enough has been said about the wild ride that 2020 was, so I won’t linger on it. I was no exception to the craziness of the year which affected my author productivity on several projects. Between the global happenings and the vastly expanded time the two MythRune Online books took to complete, I was definitely thrown for a loop. I apologize to readers who were waiting on releases I had originally announced for 2020. On the plus side, I feel like I’ve passed through the refiner’s fire and am primed for a fantastic 2021 (but more on that later.).  If you’re looking for more frequent updates and progress on upcoming books, as well as sneak peeks and other bonus content, be sure to sign up for my author newsletter!

I spent the beginning of the year wrapping up revisions on God Mode, the epic fantasy LitRPG book I released with my Djinn Tamer co-author, A.J. Cerna. Fortunately, I completed the lion’s share of the work before COVID-19 began. Djinn Tamer had an added element of stats and other “game elements/mechanics” we had to pay attention to during revision, but God Mode took this to a whole new level neither I nor A.J. had experienced before. A large part of why God Mode, and then Glitch King, took longer to revise was because of these game elements. They were also big books — each well over 100k before revisions and rewrites.

I took most of the summer off for seasonal farm work and some non-writing projects. In June, I began working on the outline and word building elements for my secret work in progress, Project Beast. I’m excited to share more information about this book next year (including the cover art, which is already finished!). At the moment, I am planning to place it up for pre-order on my online bookstore as soon as the cover typography is completed.

Which leads me into my other summer project:
A huge non-writing-but-still-author-thing was the launch of my online bookstore! I’m pleased to sell my books direct now, meaning that besides retailers such as Amazon and Kobo, you can buy them straight from me online. Why did I do this? Selling directly gives me much more freedom to create special deals for you readers without the limitations of the retailers. It also means we get to take out the middleman. You pay the same price (or less, in some cases) but more of your hard-earned money goes straight to supporting the author, rather than Jeff Bezos. These ebooks can still be read on all of your favorite readings apps, too. Sounds like a win-win, right? If you’re curious and haven’t had a chance to browse yet, you can check out the bookstore here.

After the summer settled down, I dove headfirst into edits for Glitch King. Like God Mode, this shaped up to be one of the most complex series of edits I’ve ever done on a book, due to the sheer amount of stats and other game elements in a LitRPG title. There were also extensive rewrites that A.J. and I undertook to improve the middle of the story and the tournament itself. I’m very pleased with the final version we produced and can’t wait for everyone to check it out next month (January 2021). The series wraps up with this book. It was a fun ride and if you’re into RPGs or MMORPGs, I hope you’ll give the MythRune Online series a shot.

With Glitch King off for final edits and narration, I returned to A Spring for Spears. Ironically, in last year’s State of the Siddoway, I announced it would release in Fall 2020 (sorry about that). And while I am enjoyed writing God Mode and Glitch King, I would be lying if I said I wasn’t excited to get back to my epic fantasy roots. If you’ve read my recent emails, you’ll know this book is set in the world of Teutevar Saga but with an all-new cast of characters. The premise is Valkyrie warriors who ride giant wolves in battle. I’ll be co-writing the book with amazingly talented Katie Cross, who will take my first draft and undertake most revisions. I know many of you have read her books and we’re both excited to combine our writing skills on this new series.

(January – March) A Springs for Spears

I’ve been talking about this one for quite some time now and I know y’all are eager to hear more. To me, this series is going to be a blend of everything you loved about Gryphon Riders and Teutevar Saga. Out of all my series so far, this also features the most magic, an area I’ve been looking to expand in my books. Right now we’re looking at June-ish release date. Part of the reason for this is that Katie and I are working with a brand new cover designer who was booked until late spring 2021. I’m REALLY looking forward to sharing the cover art when the time comes.

Huh? Mana Beasts? Did I just drop the real title for Project Beast? You bet I did! As soon as I finish the rough draft for A Spring for Spears, I’ll start on book one. Mana Beasts is a brand-new series in a brand new world called Oras. Here’s a little snippet to set the stage: Elemental tribes vie for supremacy in a world inspired by Pre-Columbian North America. Their conflicts are led by Beastcallers, warriors and champions who bond with supernatural creatures and wield magical mana in battle.

Think Will Wight’s Cradle series meets our Djinn Tamer books. The Mana Beasts series will be epic fantasy, with elements of “progression” fantasy. For those who aren’t familiar with the term, here’s the official Reddit definition: Progression Fantasy is a fantasy subgenre term for the purpose of describing a category of fiction that focuses on characters increasing in power and skill over time. These are stories where characters are often seen training to learn new techniques, finding ways to improve their existing skills, analyzing the skills of opponents, and/or gaining literal levels of power. If you’re skeptical, popular fantasy series such as Harry Potter and Mistborn could be defined as progression fantasy. MUCH more to come on this soon.

Right now I’m planning to schedule one or two rough drafts for second half of 2020. As I’m writing this, the two most likely candidates are Sword Summer, the sequel to A Spring for Spears and a Gryphon Riders book. I’ve got two ideas for Gryphon Riders book — what I may do is give readers the description for each and let you vote on which one I write first. There are also plans to start production on Djinn Tamer Silver League as well sometime in fall 2021. Stay tuned!

Wiki
One thing I’ve learned writing in so many different worlds is that I need a better way to track everything going on in these worlds. This became apparent to me as I got back to A Spring for Spears, and was trying to remember little details, like characters descriptions, heraldry and cultural items I’d mentioned in the draft. My plan is to start retro-filling a wiki for each of my worlds as soon as I return to writing in that world. This will not only provide me with a handy way to quickly search for important notes, but should also be a fun reference for readers to check out as well. Just know that if you dig too deep you might run into a spoiler or two! Consider this your warning!

Teutevar Saga
No updates here, other than to say that writing A Spring for Spears contributes to the world building and lore of the Teutevar Saga universe. Many readers have asked when the sequel to Return to Shadow is coming. My plan right now is to do a complete overhaul on the series for a number of reasons. Right now, I don’t have a date for this but it’s on the list! Rest assured, I WILL finish Revan’s story. And it will be better than ever when it relaunches! For those who are looking to read the whole series now, I published a box set edition that includes Into Exile, Out of Exile and Return to Shadow all in one.

Djinn Tamer Silver League
As A.J. and I teased earlier this year to folks on our Djinn Tamer newsletter, we’ve got big plans to release Silver League in a slightly different format from Bronze League. A.J. is currently working on an independent epic fantasy series, so we’re slated to discuss this further mid-year. We’re also actively looking for another author to bring into this universe, so if you’re reading this and know of someone who writes well and has a passion for Pokemon or Digimon, or Djinn Tamer, please send them our way!

Wrapping it all up

As we look to new beginnings, I’m grateful for every reader. I hope that my books provided you with a way to escape and unwind this year, if only for a little while. Here’s to a happy, healthier 2021.