As I write this, I am listening to an episode of The  History Channel’s Vikings in the background.  Characters representing the historical figures of men such as Ragnar Lothbrok and King Ecbert talk about building kingdoms and cementing a legacy in the annals of time. I can’t help draw parallels between the Vikings and the frontiersmen of the  great American West, accounts of adventurous men and women who, whether through sailing the ocean in a longboat, or crossing the Rockies in a covered wagon were after the same goal: building an empire. My readers might ask why I would write a blog post about empire-building. When I tell you why, it may sound ridiculous and pompous, but I’ll leave that out to the jury. In our modern age, there are some (like me) who bemoan the loss of such frontiers. It is easy in our hustle and bustle world to feel small and unaccomplished, easy to get caught in routine and abandon that desire to be, or create something more than oneself. Some might call that lost desire the American Dream.  But I submit to you that this dream is older than America. Old even than the first Vikings seafarers. It’s something primal and intrinsic, the drive that helped the first man create fire and fashion the wheel. Now that I’ve painted you my epic picture, here’s where I’m going to get a little grandiose:  for me, it comes in the form of writing and self-publishing. I’m far from a pioneer on this frontier. Since the web first began, individuals have been searching and finding that pot of gold at the end of the rainbow. YouTube sensations, bloggers, eBay tycoons, and, in recent years indie authors are all making a name for themselves, creating personal brands with hard work, a laptop and a little bit of luck. In the indie author, or self-published realm, to be more specific, many refer to their work as creating an “author empire.” When we as authors talk about building an empire, it comes down to two things: gaining more exposure through a loyal readership and writing (always writing) more and better books. It sounds easy when you talk about it that way and for the most part, it is simple, in theory. Mix in readers, quality books and a little bit of luck and anyone who is a decent storyteller should be able become the next author emperor, right? Doesn’t it stand to reason that if an author does everything he or she can do write, edit and publish quality books that they will be a success? This is the hard part. Sometimes, you can be doing everything right and, at the moment, it’s still not enough. This is where patience comes in. The Vikings raids didn’t happen overnight. They were a result of a generation of ship-builders and navigators who kept sailing a little farther for a little longer at sea. Likewise, the Wild West wasn’t tamed by one wagon train. 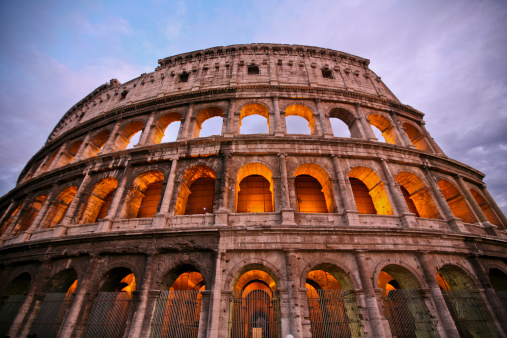 As the old saying goes, “Rome wasn’t built in a day.” Whatever success I may find as an author won’t be instantaneous either. Although it’s hard, I’m learning patience. I try to write a little better for a little longer. I don’t get down when I have to yank the words out like a bad tooth, or when I sell one book every three weeks.  Day by day, it doesn’t look like I’m accomplishing much. But when I step back and look at the big picture, I can see how far I’ve come. I can see the groundwork I’m laying. It might not be an empire yet, but it’s something.

1 thought on “Rome wasn’t built in a day: Forging an author empire”