On any given weekend in August, you can turn on an NFL football game and watch players you’ve never heard of fighting tooth and nail to make their dreams a reality. Browse through Amazon, a physical book store or a literary magazine and you’ll see the same struggle going on. The fight might not be physical, or as apparent, but the same hunger is there. 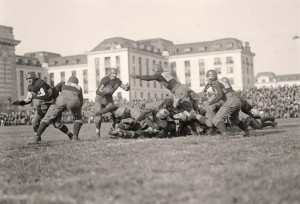 I know I’ll probably lose a few people opening this post with an NFL metaphor, but hear me out. A year ago, I’d just completed  the edits for my debut novel and was beginning to develop a list of agents to pitch it to. I thought I had a good book, but at the same time, I felt like a grain of sand in a desert. I couldn’t give you exact numbers, but I knew my chances of being picked up by an agent were somewhere around 0%. Still, I didn’t care, because I wanted to be a writer, no matter the odds.

It was then I realized, a similar scenario was playing out before my eyes every time I watched a preseason NFL game.

For those of you who aren’t NFL or football fans, let me give you a few numbers to put things in perspective: Rough statistics from the NCAA (National College Athletics Association) say that about 1 in 17, or just under 6% of high school football players make it to the collegiate level. Of that 6%, about 1 in 50 college seniors, or 2% are drafted by an NFL team each spring. That makes the chances that any given high school player will be drafted by an NFL team around 9 in 10,000 (.009% — also the same chances that you’ll have an IQ over 150).

Of course, there are players who will not be invited to the draft or go undrafted even after attending. These players may have the opportunity to attend a Rookie Mini Camp with an NFL team. There, they’ll hope to catch a coach’s eye and land a spot on the 90-man preseason roster. Last year, there were around 500 of these players, all vying for a coveted spot on the roster.

If they find a place, it’s far from smooth sailing, though. Once on the roster, they’ll spend all summer learning the playbook and competing with other, more experienced players at their position. When the preseason begins, these undrafted rookie free agents, as they’re called, will have a handful of chances in three games to prove they belong on the team.  On August 26, each team’s roster will be trimmed down to 75. Boom. Fifteen players and their dreams are cut. By August 30, teams will need to have their final, 53-man rosters for the regular season in place. There goes another 22 players. From beginning to end, that’s 1,184 players who are forced to reassess what they want from life.

Even if you make the roster, the battle doesn’t end there. It’s a constant uphill fight to stave off other players at your position and to keep yourself healthy. According to the NFL Player’s Association, when all the factors add up, the average length of an NFL career is 3.3 years. It’s a small window of opportunity and no one really knows when it’s going to slam shut.

A quote from Lawrence Taylor’s character in the film Any Given Sunday sums it up pretty well:

For every sucker who makes it, for every Barry Sanders, for every Jerry Rice, there’s a hundred (players) you never heard of. Suddenly, there’s no more money…no more applause. No more dream.

For us in the writing business, this scenario isn’t that different from our own struggles. Instead of the 32 teams, we’ve got the Big Three (or Five, if you wish) in publishing, each with their rosters of published authors.  Instead of 52 other players, there are thousands of books in most sub-genres out there, each a part of the hundreds of thousands in the main genres.  That’s a lot of authors.

So what are we to do? Many opt to continue chasing a publisher, improving their craft and querying, always querying their works. Others (such as myself) forsake the agents altogether and strike out on their own. Either way, whether seeking to traditionally or self publish, beginning authors are essentially in the same boat. 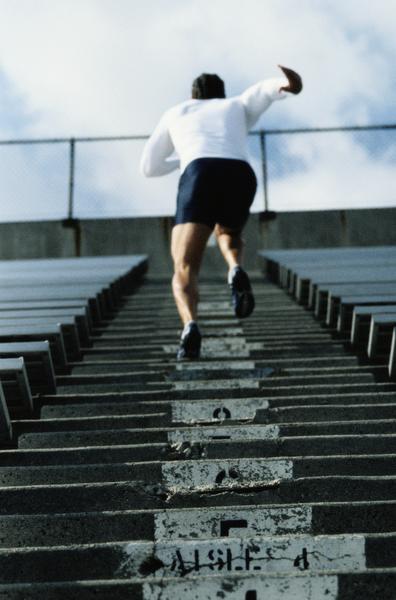 But there is good news: unlike our counterparts in the NFL, we don’t have to beat the numbers. We don’t have to compete against our fellow authors for a career. The only person who can tell us “no more dream” is ourselves.

Still want to be traditionally published? Submit short stories to magazines and other publications and show your work on a blog and social media.  Self-publishers: do your best to make your books look indistinguishable from the bestsellers and treat your writing like a profession, not a hobby. Both groups: always strive to write clearer and more concise.

As authors, we’re blessed in that, even though we may receive rejection letters, get “cut” from the rosters of the Big Three or become buried in Amazon’s depth charts, our dream isn’t over. It’s not the end of the line. We have options and ways to make those dreams come true. For us, it’s not a zero-sum game. There will always be room for great writing.

It’s easy to get discouraged when our  queries are rejected, when our books sales are low or someone leaves us a scathing review. As Joe Konrath says: “We all know that this is a hard business. Luck plays a huge part. Rejection is part of the job. Things happen beyond our control, and we can get screwed.”

The important thing to remember is that those are only setbacks, not endings. No one is telling you that you have to stop writing. We’re blessed to be in a profession where there’s not a limited amount of entries, or a time window to squeeze in. As bad as it gets, we can always write something new, something better. For us, the only ceiling is the one we place over ourselves. The only person who can close the door on your writing career is yourself. We’re not in this for 3.3 years, we’re in it for a lifetime.

Be patient. And keep writing.

A note from DAS: You’ve just read the first of what I hope are many “epic posts.” These will be longer than my regular blog posts, but won’t come around as often. I hope you enjoy reading them as much as I do writing them!

For a free ebook, exclusive content, writing updates and more awesomeness, don’t forget to sign up for my monthly newsletter!

2 thoughts on “Why authors are better off than NFL players”