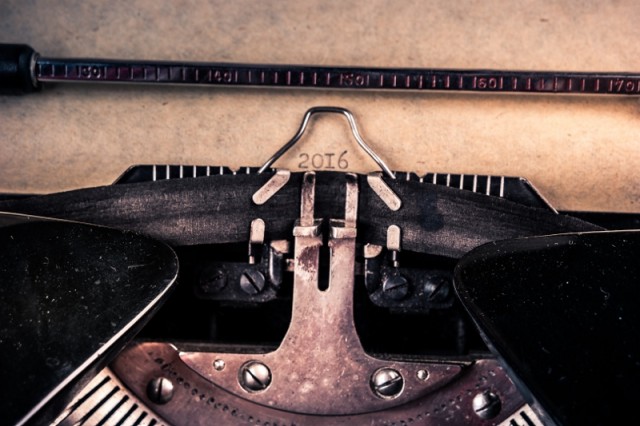 By the stars! I’m not sure where the last three months of 2015 went, but gone they are. Somehow, through the joyous (and sometimes tortuous) grind of outlining, writing, revising and life in general, 2016 snuck up on me. As such, it’s time again for my annual author resolutions. Although it doesn’t pertain just to my fiction writing, you can check out my yearly review of 2015 here.

Whew. I confess, before I added up the numbers I was a bit discouraged. Reflecting back on 2015, I felt like I spent the year spinning my wheels in the mud. It took me five months to revise and publish all three parts of Return to Shadow, which I then turned around and released as a single, gigantic book. I spent June outlining my new project, a Teutevar Saga prequel entitled Into Exile. I completed the rough draft in about six weeks, and then immediately began outlining and writing the rough draft for a standalone novella about Shamus and Brinhold called The Skard and the Leprechaun. I finished THAT rough draft in October and went back to Into Exile, finishing the second draft two days after Christmas. Put a fork in me, I was done.

My goals this year are pretty simple and straightforward at first glance, but have already proved challenging just four days into the new year. Although I didn’t list it, I’m always working on writing better books for you readers. When you take away everything else, writing the best book possible is priority #1

Be consistent: One of my goals in 2015 was to write faster and I did that, but I was also much more sporadic. One day, I’d do 2,000+ words and then next, 500. Later on, when I started revising Into Exile, I’d go three days in a row…and then fall of the wagon for five. My challenge this year will be stringing these spurts together into consistent, forward progress. I also believe this will keep me from burning out, something that happened a handful of times throughout the course of last year. Although output is important, I really want to establish habits and patterns that put me in a position to be consistently productive.

Think x10: Up to this point, my strategy has been a slow and steady build. But now that I’ve got a foundation underneath me, I’m challenging myself to really ramp things up in 2016. I want to be consistent, yes, but I also want to be continually pushing myself to write more stories and better stories within the systems I’m working to put in place. It sounds cliche, but I’m shooting for the moon in order to land in the stars.

My to-read fiction list for 2016, in no particular order:

What about you? What resolutions have you made for 2016? What books, movies or games are you looking forward to? Tell me in the comments!