Last weekend, I had the opportunity to ditch civilization for four days and spend time backpacking in the High Uintas. We’ve all heard numerous times about the importance of taking a break from technology, but there’s an added element to it when you’re out of service and your phone only works as a camera and a watch. Surrounded by the outdoors, without screens, buzzes and beeps is a strange relief you can’t really explain until you experience it. 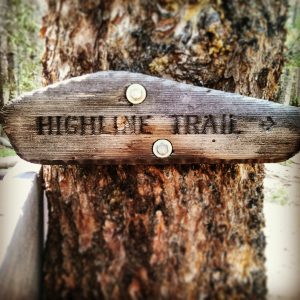 I hesitate to call the trip relaxing, though — hiking twelves miles in and out, plus two days of exploring at 11,000 feet isn’t the same as laying on the beach — but it was refreshing. It was nice not to worry if I was sitting too much at my desk or if there was something coming up that I was forgetting. It was nice to approach life at a basic, almost primeval level. Everything I had, I carried in on my back. My concerns were limited to staying warm and dry, eating, drinking and sleeping. No emails to answer, no word counts to hit, nothing but survival. 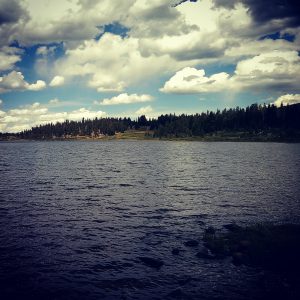 There is a power in the wilderness that asserts itself on a person.

I don’t want to sound overly dramatic at this point. There was plenty of food and the weather was amazing. From time to time, however, I believe it is important for humans to step outside of our little bubbles and reassesses the true scope of things. Surrounded by imposing walls of rock, you’d be crazy to feel in charge or in control and that’s a good thing. There is a power in the wilderness that asserts itself on a person. We should not underestimate the importance of being humbled on occasion, of feeling small in the midst of nature’s majesty. Out there, your’re an insignificant blip. In the long run, any mark you leave will be erased. Even the mountains bow to the patient, erosive might of time.

The wild doesn’t care what your name is, how much you money you earn or if you’re building an author empire. It doesn’t care what color your skin is, if you’re pretty or ugly, or anything else. Aside from death, the wilderness is the only great leveler. You can respect it and prepare for it, but you cannot command it.

There’s a Chris LeDoux song from 1979, back in the days when he was a rodeo cowboy and and indie musician (I doubt he called himself that but it makes me feel a certain kinship with him, so I will). To my knowledge, it was never released as a single and never charted. Still, it’s a song I wish more people had the opportunity to listen to, especially when one considers the implications of a life in the grind and an absence of nature.

With that in mind, I’d like to cut this post a little short and end with the lyrics to Jeans and Good Leather.