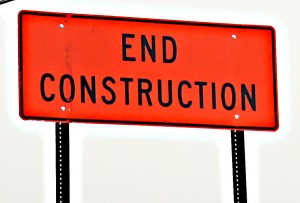 I expected there to be angels singing.

And then I remembered what it was like when I finished the final draft of Out of Exile — a feeling and a time similar to tonight in fact. It’s 10:45 p.m. and, at 145,005 words, I’ve finished the rough draft for Book Two (sorry, no title yet!) of the Teutevar Saga. I celebrated by backing the file up on three different thumb drives (which barely sates my paranoia of losing it all) and by writing this blog post. 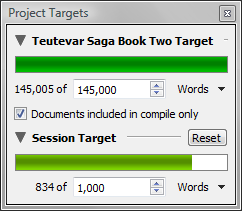 So what’s next, you ask? Well (drumroll please) now it gets to sit. I’ll give myself time to forget everything and then attack the second draft with fresh eyes in July. In the meantime, I’m also happy to say that the cover for The White Knight is DONE! I’ve posted a picture of it below. I’d love to hear everyone’s thoughts on it, whether you leave a comment here, or email/tweet/Facebook me about it.

On a more serious note, although I am somewhat asleep writing this, I really want to thank everyone who has encouraged me to keep writing. I would have never believed I could write a novel of this length in six months (and go over my wordcount by 15,000 while beating my deadline by three weeks) but there you have it. There were days when the words came easy. There were days when writing was like pulling a festering splinter from my hand with buffet tongs. Most of the time was somewhere in between. Little by little, I chiseled away at the mountainous word count. Now it’s a pile of building blocks at my feet.

I’m also going to give a thanks in advance to my beta readers! You’ve got a lot of slog to wade through and I know you’re going to earn all of the appreciation I can give. You know the old saying, it takes a village to raise a child? Well, even when you’re an indie author, it takes an army to publish a book. Let me explain a little bit of the process to everyone.

Once I pick up the first draft again, I’ll first go about the arduous task of weaving the novel together. What I mean by this is that, unlike Out of Exile, I wrote book two (nope, didn’t come up with anything catchy since I started this blog post) by going all the way through one character’s point of view before starting another, instead of in a linear fashion. The result is a bunch of shorter stories about each character that need to be put in their proper place to create a metaphorical tapestry of  awesomeness.

After I’ve established a rough sequential order, I’ll do a reading and editing of my own. I’ll also tackle continuity issues between different point of views and add in all of the revision notes I jotted down while writing the rough draft. This all takes a lot of strenuous time, but down the road, it saves the beta readers and my editor more heartache than it causes me. I’m excited to be using the Scrivener writing processor this go around. Anyone who has written at length in Word will relate to the frustrations I faced with the first novel I wrote in that cursed program. 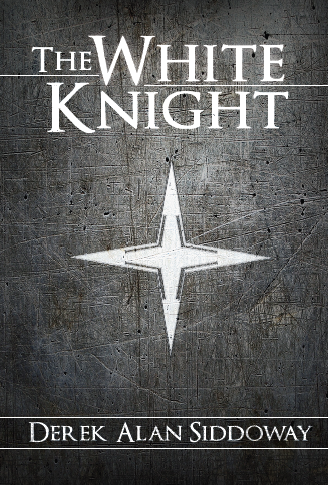 I will go into detail about the rest of the process when the second draft is done, but for now, let me give a short update on what’s going to happen the rest of June. First of all, I’ve got another interview coming up! More details to come later — I don’t want to spoil the surprise. This means that I’ve got my work cut out for me in the next two weeks. Not only will I be publishing The White Knight in the next few days, I’ve also challenged myself to finish the second edition of Out of Exile and publish it before the show. I know I’ve mentioned it before, but I can’t say how excited I am to unroll that beaut to the world.

Anyhow, it is once again past my (optimistic but never actual) bedtime.  Keep a weather eye on that horizon, you won’t want to miss a thing!