It’s been one  hell of a month. That’s about the easiest way to put it. Revising and revisiting Out of Exile has taken it out of me, but I’ve learned a lot. I learned that I wasn’t ready to publish last November. I’ve learned the importance of a fourth and fifth draft (and beyond!) and I learned that hindsight really is 20/20.

The good news is, I’m better now and my book is better. My writing is stronger and clearer which translates to a sharper book. I’m excited about the second edition, more excited even than I was when releasing the first. 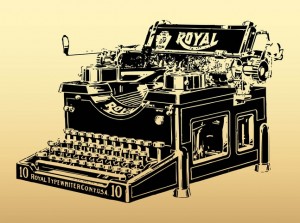 I’m also glad I learned a valuable lesson early on in my writing/publishing career: Publish when your book is ready, not when you are. It’s a trap I didn’t think I’d fall for, but when you’ve spent months (or years, in the case of Out of Exile) slaving away at a book, it’s easy to talk yourself into trimming the editing process. Don’t do it.

Instead, when you think you’re ready, read it again, do another draft. Especially when you’re starting out.

There are several reasons for this: one is to catch edits. If you’re like me, I’m constantly tweaking and polishing my plot throughout the editing process and sometimes it creates inconsistencies. I think it’s obvious why you’d want to catch copy editing and formatting issues. Second, it’s important for you and your (maybe) finished book to have some space apart from each other.

Many authors I know advocate this. Stephen King takes a minimum of six weeks before attacking a second draft. My friend, Michael Sullivan, often writes his entire series before publishing the first book. The reason for this is to look at your book with outside eyes, to see it as a new reader would. For Michael, writing out the whole series allows him to craft awesome, intertwining plots (check out the Riyria Revelations to see this technique in action).  As the writer, you probably have your whole book worked out in your  head. It’s important to make sure you translated that vision to the words on your screen.

To be honest, there were times revising when I wanted to quit. Times when I stared at my computer screen so long I convinced myself every word I’d ever written was garbage. Revising, for me at least, is the hardest part of the job. I can sit down every day and put 1,000 words on a page no problem, but revising forces me to take a serious look at my writing ability, to be the world’s biggest critic of my work. Sometimes you’ll feel good about. Other times you might have a moment of despair. When this happens, remember that the real battle is getting the story out there. Editing is merely chasing down the routed enemy.

Remember that the real battle is getting the story out there. Editing is merely chasing down the routed enemy.

I survived and persevered, thanks to friends, family and readers. It may not seem like much, readers, but to a budding author, nothing compares to the feeling you get when a complete stranger tells you they enjoy your work. Sometimes, that’s all that keeps us going.

On that note, I want to apologize to my readers. It was my goal going into self-publishing to put out nothing but the best. With the first edition of Out of Exile, I fell a little short. I realize that it has likely cost me readers and that’s the price I’ll have to pay for rushing things.

The important thing, though, is that I’ve learned. Just like my book, I’ve revised my writing career. And I can’t wait for the next edition.