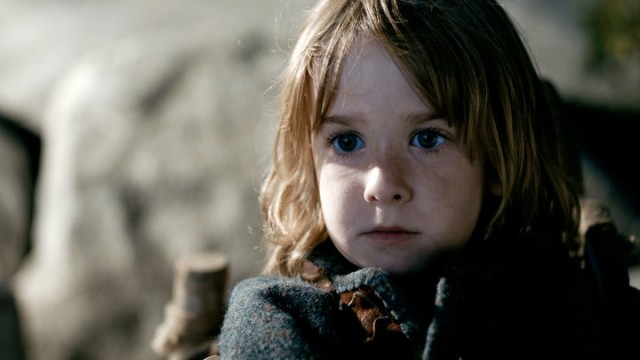 Vikings Season 4 Episode 6: What Might Have Been
Watch here

Official Synopsis: Ragnar announces another raid on Paris at the Thing in Kattegat and although the fleet is battered by a storm after it sets-out, the greatest challenge for the Vikings lies ahead in Paris, where Rollo awaits. Ecbert also has a journey in mind as he dispatches Aethelwulf and Alfred on a pilgrimage to Rome.

There were a lot of things going on this week in What Might Have Been. Right away, you get the feeling that Lagertha’s wondering that very question as she consecrates Kalf’s grave. The death of the earl but Erlendur in a sticky situation, but it appears he’d still going to keep plotting his revenge, especially considering the conversation he has with his estranged wife later on. He’d better get a move on, though — I doubt Bjorn is going to sit by knowing it was Erlendur who sent the berserker after him.

Next, we see Ragnar apparently back to true Viking ruler form, holding a big party and presenting his sons with their first arm rings. You really can’t blame him for wanting to keep them close given what happened last time he was gone. I’m not sure if he didn’t want to take Ivar or realized Aslaug would never part with him. Given later on in the episode where she pulls a move from The Grownups — that kid needs weaned — it was probably the latter.

As Ivar watches the ships leave for Paris, you get the feeling he realizes even more that he’s not like the others. Aslaug coddling him as a momma’s boy isn’t going to help. The one we should really feel sorry for is Sigurd — his playmates are gone and his mother his lavishing all her attention on the chosen one.

I’m starting to get the feeling that we’ll see a showdown between Alfred and Ivar in some distant future season — another contrast between Pagan and Christian. Aethelwulf and Kwenthrith sure got thrown a curveball with Ecbert’s announcement to send Alfred and his father on a pilgrimage to Rome. Without a doubt, Ecbert realizes what’s going on between the his son and Kwenthrith, but is he planning on betraying her or saving Aethelwulf from her traps?

More and more it looks like Yidu is manipulating Ragnar with this “medicine” she’s giving him. What her end game is, I’m not sure. She definitely shouldn’t be underestimated, though. It seems an ominous sign that a storm blew in and scattered the Viking longships right after her lullaby.

Whatever kind of dope Ragnar is on isn’t playing well with his regrets from the past. After a terse conversation with Lagertha (she’s definitely still bitter as she should be — also, I didn’t think she was really pregnant whaaa?) that vision he has on the river was sure somber. I don’t doubt that Ragnar would trade everything for a small far, Lagertha and Athelstan back. What might have been indeed. Ragnar seems a little hypocritical for rumination on the past after his parting advice to his sons: “Don’t waste your time looking back. We aren’t going that way.”

Floki has finally fallen in with a group just a bloodthirsty and vicious as he is Harold Finehair, his brother Halfdan and the rest of their cronies are savage, even for Vikings. As they burn the Franks, we get a clear impression the Vikings army is drawn down the middle between Ragnar and Harold’s men. We’ll see how thing go when the two kings start butting heads over how to attack Paris. We’ve seen in the past that Ragnar doesn’t share rulership well.

What a staredown between Rollo and the Vikings! They’re super pissed and I doubt Rollo will get any mercy. I’ll bet the second siege of Paris is a long, bloody stalemate in the end. That being said, Count Odo finally spilled the beans (anyone else think he’s packed on the weight since last year?) which could change things internally for the Franks if they end up fighting themselves. I don’t think he stands much of a chance with what looks like the entire Frankish court against him.

And Harbard is back! Thus far, his character hasn’t been much more than a dirtbag, so I’m hoping his return will actually mean something besides a shoulder to cry on for Aslaug. Specifically I’d like to see him interact with Ivar other than to just tell him what a special boy he is. We shall see!