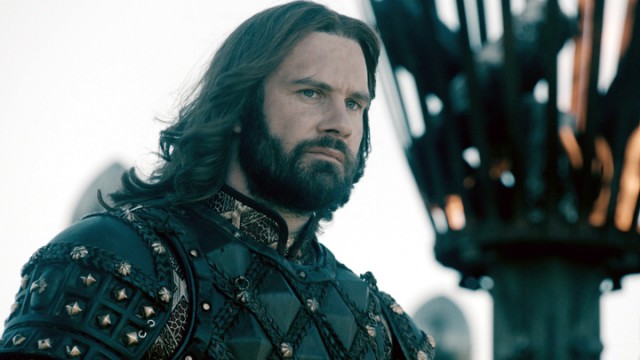 Vikings Season 4 Episode 7: The Profit and the Loss
Watch here

Official Synopsis: In England, King Ecbert’s ambitions are revealed as he schemes to gain the crown of Mercia while outside Paris, the Vikings attack with considerable force but can they breach Rollo’s defenses? Meanwhile, Harbard, the mysterious wanderer, returns and causes a stir amongst the women of Kattegat.

This week kicks off with Ragnar skulking around like the stoner he is. With Rollo’s treachery revealed, Ragnar devises a scheme to test his brother’s towers. Before the Vikings leave camp, Ragnar once again lets his emotions for Lagertha show through when he advises her not to fight in order to keep her unborn child safe. Of course, the shieldmaiden is gonna do her own thing, but the ominous seer’s prophecy is probably swaying her decision a little. Lagertha’s rise to power and the cost has been presented in a bit more subtle manner than Ragnar’s, but you get the feeling she’d probably trade it all to live the farmer’s life again too — the thought as crossed her mind at least.

Things came to head in a much more anti-climatic and much less bloody fashion than I predicted when Bjorn confronted Erlendur about his ring. You know Bjorn isn’t going to let him get off that easy, but I wonder what he’s waiting for?

One if by land, two if by sea.

The attack on the towers is doomed from the start. Lagertha and co are supposed to take out the archers in the powers via the land route — therefore clearing the way for the ships — but her warriors get bogged down (heh, see what I did there?) and turned into pincushions by Rollo’s crossbowmen. By the looks of things there’s still an old flame burning between Rollo and his boyhood crush as he calls a ceasfire, allowing Lagertha to gather her shieldwall together just in time to get caught between a rock and a hard place.

Further chaos ensues when Rollos chains rise up at the worst moment possible for the Viking fleet. Unable to backpedal in time, dozens of longboats crash and flip and their passengers get mowed down by the Frankish crossbows. Things heat up (heh, see what I did again?) when the waterlogged Vikings get smashed with pots of oil, followed by flaming arrows that set fire to man, woman and longboat alike.

In another interesting twist, Ragnar saves Floki from a watery grave and pulls his floundering friend to safety at great risk to himself. (Did anyone else hear “You’ve got a friend in me” playing in their heads at that moment?) Floki is really Ragnar’s older, balder son — his decisions make Ragnar disappointed but it’s a love without end, amen. Back in the boat, Ragnar get super-pissed at Rollo. Fool me thrice, shame on you. Heartbroken and defeated the King of the Northmen calls retreat.

Rollo may be unwavering in loyalty to the Franks, but I’m certain his look of anguish and remorse is genuine. As with Ragnar and Lagertha, we see yet another unforgiving cost for power playing out this time with Rollo. He continues to want his cake and eat it too.

Meanwhile, back at the ranch.

Wet, burnt and boatless, the Vikings return to chaos at camp after the Frankish calvary’s raid. In an emotional scene showcasing the terrors of war on the flip side, it’s not just the men, but the woman and the children (bonus points if you know that reference) who suffered from Rollo’s treachery. Before Floki can even thank Ragnar for saving his life, our poor bot-builder finds Helga on death’s door.

Harbard is back in Kattegat and up to no good. Not only does he start macking on the queen, but soon spreads his womanizing ways to all of the ladies in the village. Sigurd seems less than impressed and starts to tail the promiscuous skald as he makes his house calls. Our young defender of womanhood had better watch his back, though, as there’s no Siggi around to save him this time.

Kwenthrith better watch her back. Not only is Aethelwulf removed from the picture but now we learn that King Ecbert is conspiring with the mysterious Mercian known until know only as W, aka Prince Wigstan. Together, the two plan to turn the tables in Mercia, removing Kwenthrith once and for all and delivering the kingdom to Ecbert on a silver platter. Better be careful, Ecbert. Hell hath no fury like Kwenthrith when she is usurped (just ask her brother and uncle).

The Vikings who fights and runs away…

Ragnar — and all the Vikings for that matter — have had a rough day, but most of them will live to fight again. To make matters worse, it seems his supply of Longbottom Leaf is gone and he’s going wacko without his fix. It makes me wonder if Yidu realizes the monster she’s created — she seems genuinely worried when he confronts her demanding more “medicine”. Bjorn’s had about enough of his dad, too, who ends the episode talking to a severed head.