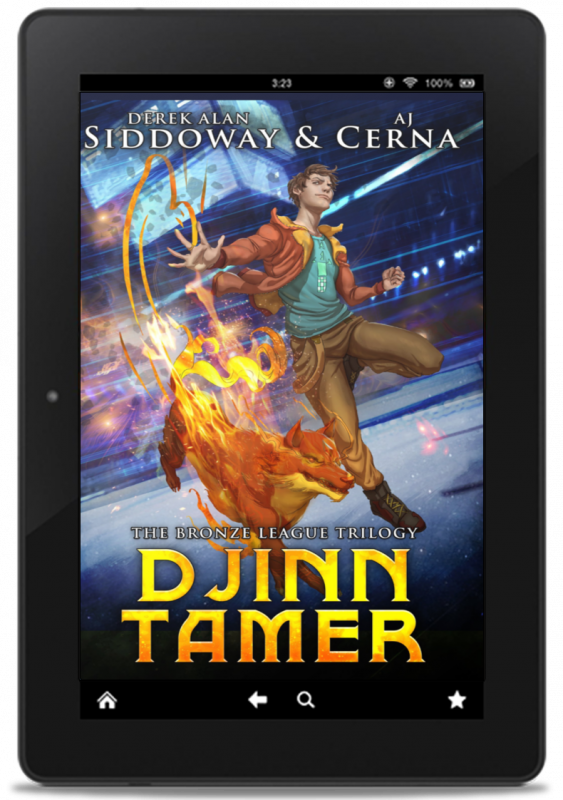 The Djinn Tamer Bronze League boxset is a complete LitRPG trilogy with plenty of progression and monster-battling elements, perfect for fans of Pokémon and My Hero Academia.

Jackson Hunt dreams of becoming a professional monster tamer – to capture, power up, and battle creatures called Djinn. But dreaming of becoming a champion and actually achieving mastery are two very different things.

Before he can ever become a champion, Jackson must tame his first monster – a wild, feral Djinn left to him by his dead mother. And then there’s the small problem of fighting in illegal underground tournaments.

Join Jackson and his team of Djinn as they level up, tame new monsters, and battle their way to the top of the league. Skills will be tested, powers unleashed. Victory won’t come without a cost.

Books included in the set: