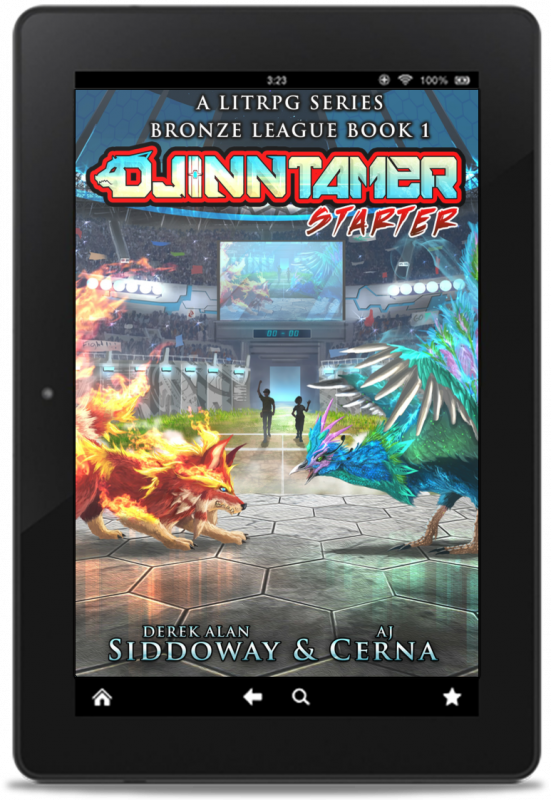 Jackson Hunt dreams of becoming a professional monster tamer — to raise magical creatures called Djinn and battle them in the big leagues.

Facing bank foreclosure, Jackson is desperate to save his family’s home. Discovering a young, untrained Djinn is just the chance he’s been waiting for.

But can Jackson and his Djinn level up fast enough?

Taming isn’t as easy as the pros make it look. As time runs out, Jackson delves into the shady world of underground fighting, experiences the agony of defeat and learns what it takes to be a true monster tamer.

Endorsements
"Djinn Tamer is great... All in all, if you're even a little interested in monster taming, you owe it to yourself to take a look at this story."
– Nerd News Social
Look Inside
Scroll to Top